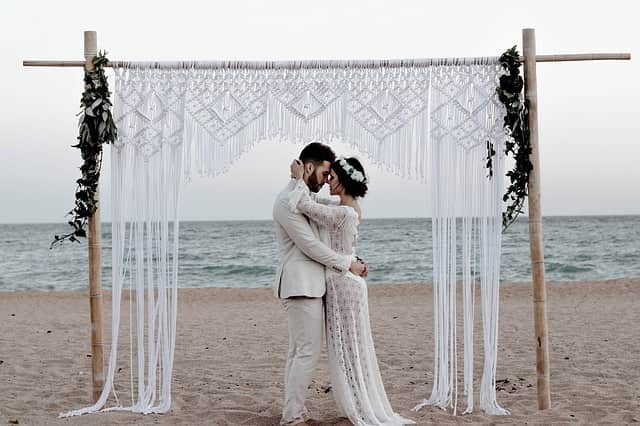 Mother and Fathers in gestational surrogacy, also known as intended parents, are those people who turn to surrogacy in order to be able to have babies. In most cases, they do not manage to conceive in another way so they turn to gestational surrogacy as a last resource. In fact, this is a complex and costly reproductive method. It requires the help of a surrogate, willing to carry another person’s baby in his uterus during all the pregnancy period. For this reason, becoming intended parents is a process that must be assimilated and prepared accordingly.

Who can become a surrogate parent?

Gestational surrogacy distinguishes itself by being a reproductive method that, combined with the proper assisted reproduction techniques, offers every person the possibilities of forming a family.

Anyone can have a child through gestational surrogacy regardless their civil status (single, married, divorced, widow or widower), nationality, or sexual orientation.

In this way, the groups who can resort to this reproductive technique can be divided into five different profiles:

At the moment these different profiles become parents, they form different family types:

Below is a detailed explanation of conditions and circumstances by which each family model can be interested in gestational surrogacy.

There is a generalised opinion by which gestational surrogacy is only the target of gay interest. However, that is not the case.

Most cases of gestational surrogacy comes from heterosexual couples with fertility problems.  There is a great amount of couples and heterosexual married couples in which the woman suffers some pathology that prevents her from conceiving her own baby.

In these cases, owing to the fact that the woman cannot conceive by herself because of physical or medical reasons, the couple must resort to surrogacy in order to have descendants and procreate.

When it is about homosexual couples, we usually think about two-male couples. This is due to the fact that, for a two-male couple, gestational surrogacy is the only one possibility, within the assisted reproduction techniques, that provides them with the possibility of having a biological child. Men lack biological capacity to gestate, hence gestational surrogacy is immediately linked to only men couples.

On the other side, for a two-female woman couple to turn to gestational surrogacy, implies that both of them have such severe health problems that none of them can complete the pregnancy period successfully.

Statistically, it is very rare that in a two-female couple, none of them can conceive, although it is possible and we should consider that possibility.

People without partner or single parents

A single woman could normally become a mother turning to sperm donation and conceive the baby herself. However, in the case that she suffers from any pathology, she should turn to gestational surrogacy to have a child.

On the other hand, in the case of single men, or men without partner, they only have the option of gestational surrogacy with ovule donation to become fathers.

Technically, an only man is in the same situation than a male only couple. He can provide   the sperm (except there is a fertility problem) to secure the genetic relation.

What matters is that single men and women can recur to surrogacy to become parents. They do not need to have a couple.

Going through surrogacy implies parents-to-be in a singular situation in which they cannot experience pregnancy in first person.

There may be a feeling of frustration, pregnancy dispossession and lack of control over it, as the surrogate is an autonomous person, with her own life. The intended parents must be emotionally prepared and determined to assume all the process.  In fact, agencies usually recommend psychological counselling both for the surrogate as well as the intended parents

Contrary to what could be thought from an external point of view, gestational surrogacy is not a technique chosen by easiness to avoid the pregnancy discomforts. In fact, it is rarely the first reason.

For a woman, renouncing to carry her own baby usually represents a sacrifice. However, when there are no other medical solutions, some women manage to get over their possible frustration thinking about the final goal of becoming mothers after the baby is born.

On the other side, the stances in the debate about gestational surrogacy may intimidate intended parents. When self- conscious, they do not take the decision to start as they are afraid of their children being discriminated in a society that rejects this practice.

Gestational surrogacy media spreading could contribute to standardise the situation of children that are born through this practice. Media talks about more and more famous people that turn to this method to have children.

The process to become parents is the following:

Regarding the legal parenthood recognition of the baby, the legal actions will be totally different according to the country where the gestational surrogacy process is carried out. It is essential to obtain legal advice from a professional who informs how to proceed in advance.